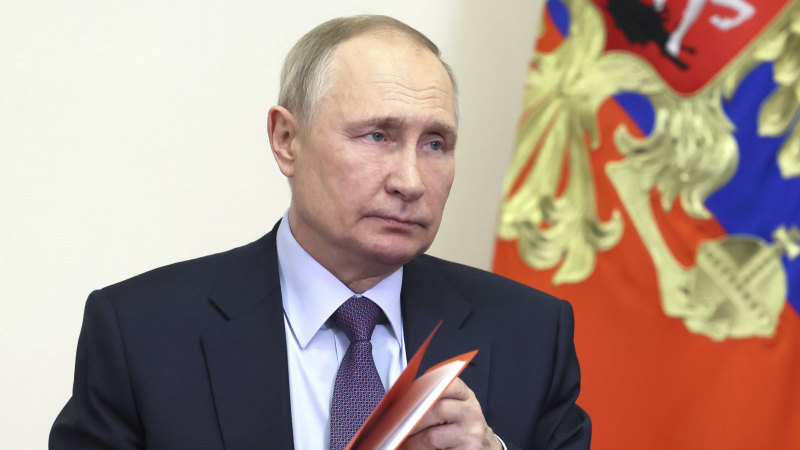 Ukraine has driven Russian troops from swathes of occupied territory in recent weeks, including areas Russia claims to have annexed.

Fighting is raging in the east Ukraine, with the town of Bakhmut the main target of Moscow’s artillery attacks, while Russian forces in Kherson and the Zaporizhzhia region remain on the defensive, Ukraine’s General Staff said in its latest battlefield update.

In a bid to reduce the money available for Moscow’s war effort, the European Union has tentatively agreed to a $US60 a barrel price cap on Russian seaborne oil, diplomats said. The measure will need to be approved by all EU governments in a written procedure by Friday.

Putin told German Chancellor Olaf Scholz in a phone call on Friday that the Western line on Ukraine was “destructive” and urged Berlin to rethink its approach, the Kremlin said.

In Berlin’s readout on the call, Scholz’s spokesperson said the chancellor had condemned Russian air strikes against civilian infrastructure and called for a diplomatic solution to the war “including a withdrawal of Russian troops”.

Separately, the German government confirmed it was preparing to deliver seven Gepard tanks to Ukraine, adding to the 30 air-defence tanks already being used to fight Russian forces.

Putin has said he has no regrets about launching what he calls a “special military operation” to disarm and “denazify” Ukraine. He casts the war as a watershed moment when Russia finally stood up to an arrogant West after decades of humiliation following the 1991 fall of the Soviet Union.

Ukraine and the West say Putin has no justification for what they cast as an imperial-style war of occupation in which thousands of civilians have been killed. Kyiv says it will fight until the last Russian soldier is ejected from its territory.

Three people were killed and seven wounded in Russian shelling of the Kherson region over the past 24 hours, the regional governor said on Friday (Ukraine time).

The regional capital of Kherson – recaptured by Ukrainian forces in mid-November – and other parts of the region were bombarded 42 times in the same period, Governor Yaroslav Yanushevych wrote on the Telegram messaging app.

Russian-installed authorities in the Kherson region said they would start evacuating people with reduced mobility from the occupied town of Kakhovka, part of a wider relocation of civilians on the Dnipro river’s east bank across the water from the regional capital.

Attacks on infrastructure are likely to increase the cost to keep Ukraine’s economy going next year by up to $1 billion a month, and aid to the country would need to be “front-loaded”, IMF head Kristalina Georgieva told the Reuters NEXT conference on Thursday.

Ukraine and the West say the strategy of knocking out power and heat deliberately intends to harm civilians, a war crime, something Moscow denies.

Florida GOP leaders want to get rid of gun permits