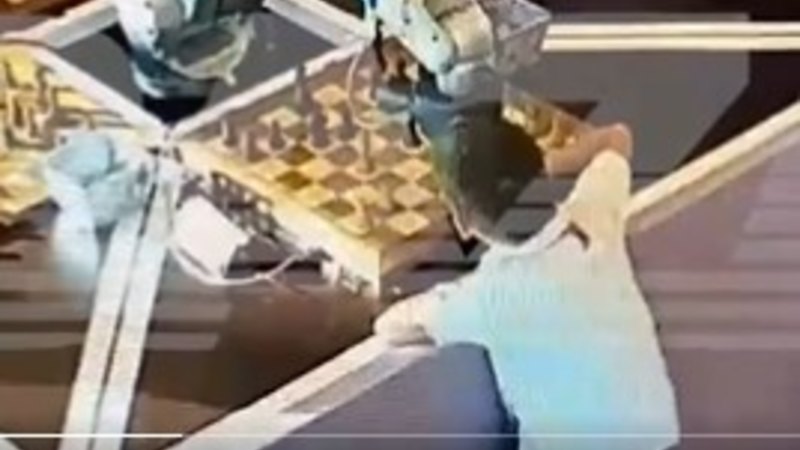 Moscow: A chess-playing robot has been accused of attacking a seven-year-old boy and breaking his finger during a chess match in Moscow.

The incident was captured on video at the Moscow Open on Tuesday. The footage, published by the Baza Telegram channel, shows the boy in severe pain as the robot clamps down on his finger for several seconds.

Spectators can be seen rushing in to stop the machine and free the boy.

While it is possible that the incident was an unfortunate accident, chess officials have other theories.

Sergey Smagin, vice-president of the Russian Chess Federation, claimed that the robot attacked after its opponent failed to wait for it to complete its move.

“There are certain safety rules and the child, apparently, violated them. When he made his move, he did not realise he first had to wait,” Mr Smagin said.

Lazarev claimed that the robot grabbed the boy after he “hurried” the robot, not allowing it “time to answer”.

The machine had been deployed in previous chess tournaments and had no prior issues, according to a report in TASS.

Tunisians vote on proposal to give president more power

‘How do we detect the most interesting thing?’ NASA could use satellites to search for aliens