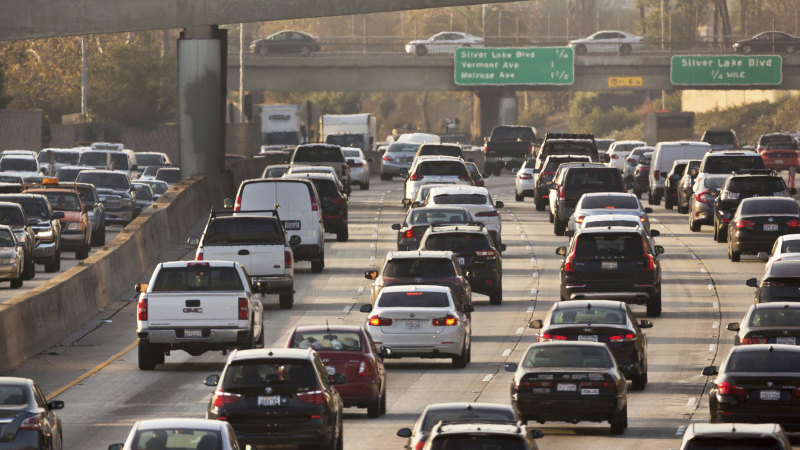 “I find her argument creative, but I don’t believe based on the current itineration of Texas Transportation Code that her argument would likely succeed in front of an appellate court,” he said. “That being said, it’s entirely possible she could find a trial court judge who would award her for her creativity.”

Ruback added, “This is a very unique situation in American jurisprudence.”

The news comes as all corners of the country are dealing with the fallout from the Supreme Court’s decision more than two weeks ago. President Joe Biden delivered an emotional speech on Friday announcing an array of steps aimed at bolstering abortion rights, responding to growing demands from activists that he take bolder and more forceful action. Biden signing an executive order to enhance access to reproductive healthcare services was a move generally welcomed by abortion activists, many said it would likely do little for women in states where abortion is banned. The president acknowledged the limits of his executive powers, saying the Dobbs ruling was “the Supreme Court’s terrible, extreme and, I think, so totally wrongheaded decision.”

“What we’re witnessing wasn’t a constitutional judgment,” Biden said. “It was an exercise in raw political power.”

Texas is among the 13 states that had “trigger bans” designed to take effect once Roe was struck down, prohibiting abortions within 30 days of the ruling.

It is Texas’s nearly century-old abortion ban that was ruled unconstitutional in Roe v. Wade, the 1973 Supreme Court decision that legalised abortion nationwide. After the Supreme Court overturned Roe on June 24 in a 5-4 decision, Texas Attorney General Ken Paxton advised that prosecutors could now enforce the 1925 law, which he described as “100% good law” on Twitter. Abortion rights groups and clinics sued, arguing that it should be interpreted as repealed and unenforceable.

A judge in Harris County, Texas, granted a temporary order last month to allow clinics to offer abortions for at least two weeks without criminal prosecution. Judge Christine Weems ruled that a pre-Roe ban enforced by Paxton and prosecutors would “inevitably and irreparably chill the provision of abortions in the vital last weeks in which safer abortion care remains available and lawful in Texas.”

But the Texas Supreme Court granted an “emergency motion for temporary relief” of Weems’s ruling last week, after Paxton requested the injunction.

Five days after the Dobbs ruling, Bottone was in a rush to pick up her son and decided to drive in the high-occupancy vehicle lane since she “couldn’t be a minute late,” she told the Morning News.

As she attempted to argue the fetus was her second passenger, Bottone recounted to local media that the deputy wasn’t open to the debate. “He was like, ‘I don’t want to deal with this . . . Ma’am, it means two persons outside of the body,’” she said, according to the Houston Chronicle.

Bottone said that while one of the deputies told her that the ticket would likely get dropped if she fought it, she’s upset that the citation was issued in the first place, according to the Morning News.

“This has my blood boiling. How could this be fair? According to the new law, this is a life,” she said. “I know this may fall on deaf ears, but as a woman, this was shocking.”

Ruback told The Post that he is not aware whether Texas or other states would consider such a change to their transportation codes.

“It’s entirely possible that Brandy could petition the representatives in legislature to make that change, but I have not heard about it if it happened,” said Ruback, who is not involved in her case. “My impression is that I think she would be happy if she got out of her traffic ticket. Then again, these are unusual times we’re living in, that’s for sure.”

Bottone maintained to KXAS that she hoped the Texas laws would be consistent on how the measures recognise unborn children.

She’s due in court on July 20, which is around the same time her daughter is due.

What does the Alex Jones verdict mean for misinformation?