Panic at July the 4th parade in Chicago suburb 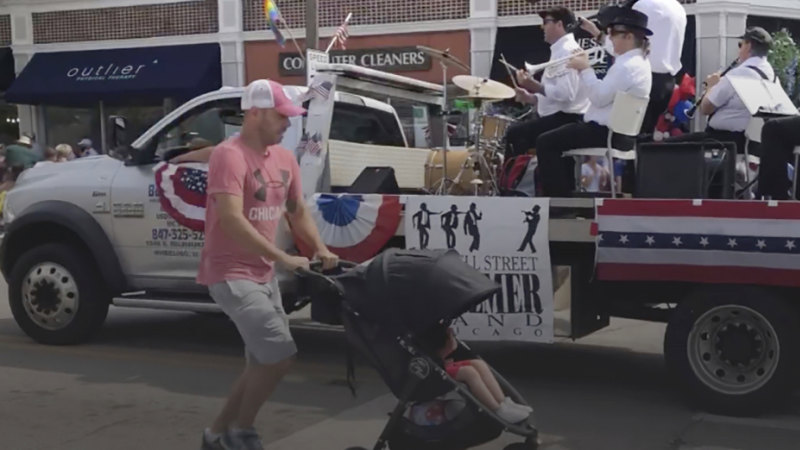 Highland Park, Illinois: Six people were killed and about two dozen were injured in a shooting at a Fourth of July parade in the wealthy Chicago suburb of Highland Park on Monday, officials said, as panicked spectators fled the scene.

The shooter was thought to be still at large. “Law enforcement agencies are searching for the suspect; evidence of a firearm has been recovered,” the city of Highland Park reported on its website. “Numerous law enforcement officers are responding and have secured a perimeter around downtown Highland Park.”

Witness Amarani Garcia, who was at the Chicago parade with her young daughter, told the local ABC TV affiliate she heard gunfire nearby, then a pause for what she suspected was reloading, and then more shots again.

There were “people screaming and running. It was just really traumatising,” Garcia said. “I was very terrified. I hid with my daughter actually in a little store. It just makes me feel like we’re not safe anymore.”

Witnesses said they believed the shooter was on the roof of a store and fired into the crowd, WGN television reported.

Social media video showed a marching band in the parade suddenly breaking formation and running away, and a Chicago Sun-Times columnist posted a picture of a pool of blood at the foot of a bench.

People fled the scene upon hearing several loud bangs, CBS 2 television of Chicago reported, citing a producer who was at the parade.

Ability to balance on one leg may be linked to a longer life: study – National

Far from being done with COVID, UK records 2.3m cases in a week