No clear path towards change amid Iranian turmoil 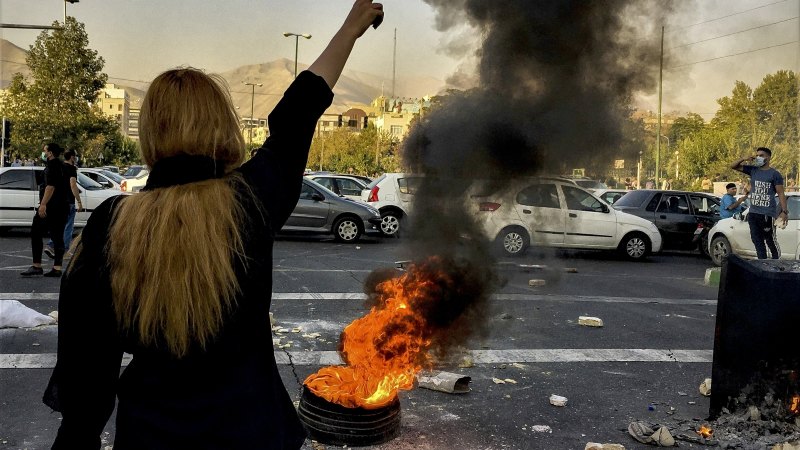 “Even if the ayatollahs and their forces manage to suppress this latest rising, the dream of a more democratic Iran will only be deferred, never extinguished.”

That was the last line of an editorial published by The Age in January 2018, when – as now – the Islamic Republic of Iran was resorting to brutal repression in the face of mass popular protests. A nation that is second only to China in its use of the death penalty did manage to snuff out dissent then, as it had beaten back the 2009 Green Movement, an uprising that began with claims that presidential elections had been rigged.

The Green movement coalesced around the face of a young woman, Neda Agha-Soltan, whose death at the hands of a state paramilitary officer was captured on a phone camera. The protests which began this September were sparked by another young woman’s death, but her identity made this wave of unrest quite different.

She was not a political protester on the streets of Tehran but a visitor, there to see her brother. She fell foul of the Guidance Patrol, who enforce the state’s regulations on how women should dress in public. Long before that fatal day, the state’s laws had forced her to take a second name, one that was officially acceptable, to cover her real Kurdish one. So Jina Amini became “Mahsa”.

The protests, now entering their third month, have been led by women across Iran who see themselves in Jina, and draw strength from the festering oppression of Iran’s Kurdish, Arab and Baloch minorities. Above all, they take place amid a storm of economic problems, spurred by drought, international sanctions and the war in Ukraine.

Inflation in Iran is running at just over 48 per cent. Food prices have risen sharply, just as the state’s long-standing system of subsidies is under strain.

In a country where more than 60 per cent of the population are below 30 and have no personal memory of the 1979 Islamic Revolution or the autocracy of the Shah that preceded it, poverty affects nearly a third of households.

Before the hashtag “Woman, Life, Freedom” there was the hashtag “macaroni”, as the price of the flour Iranians relied on for pasta rocketed.

On the brink: Why abortion access in Ontario is under threat

Relations between Iran and France worsen over Charlie Hebdo cartoons