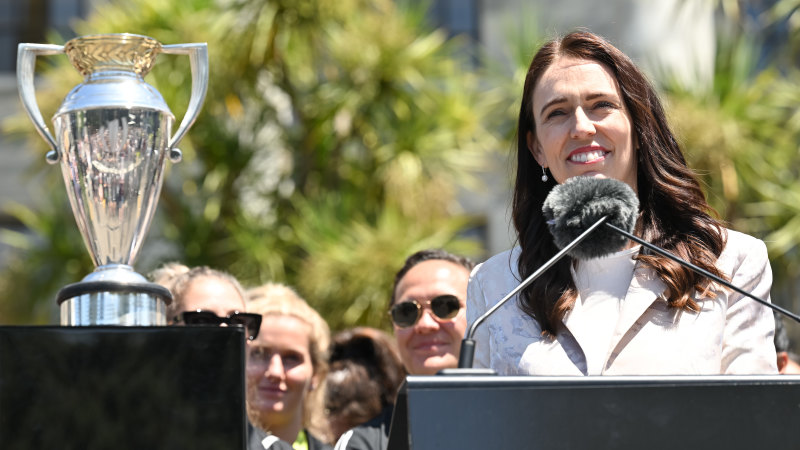 The outburst is a departure from Ardern’s self-described “relentlessly positive” brand of politics, coming on the second-last parliamentary day of the year.

Seymour sought to make political mileage out of the insult, saying “the apology we’re really looking for is from New Zealanders worried about rising prices and ram raids”.

“I think she’s under a lot of pressure because her policies aren’t working,” he said.

Ironically, the last question in Seymour’s train of attacks was “can the prime minister give an example of her making a mistake, apologising for it properly and fixing it?”

Seymour’s ACT Party, a right-wing and socially progressive party, is the fourth-largest in the country, with 10 MPs in Wellington.

Polls put ACT on track to form government with the centre-right National party after next year’s election.

National leader Chris Luxon, who would be prime minister if polls hold, also issued an apology on Tuesday.

In a conversation about what turns young people to a life of crime, Luxon said gang life might look attractive to young people in South Auckland, a region with a high Maori and Pacific population.

“If you’re sitting in a garage in South Auckland with your two brothers and you’re thinking about life and where you’re going, consciously or unconsciously, the gang life looks pretty attractive,” he said.

The response drew pushback from many in the community.

The 52-year-old said he didn’t resile from the comments but he “wasn’t meaning to disrespect South Auckland”.

“We have to have some courage in this country if we’re going to talk about challenges, about crime … if people were offended I’m sorry about that,” he said.

“I’m not apologising for having serious, substantive conversations about what causes crime.”

Ukraine news: NATO set to renew its vow to country