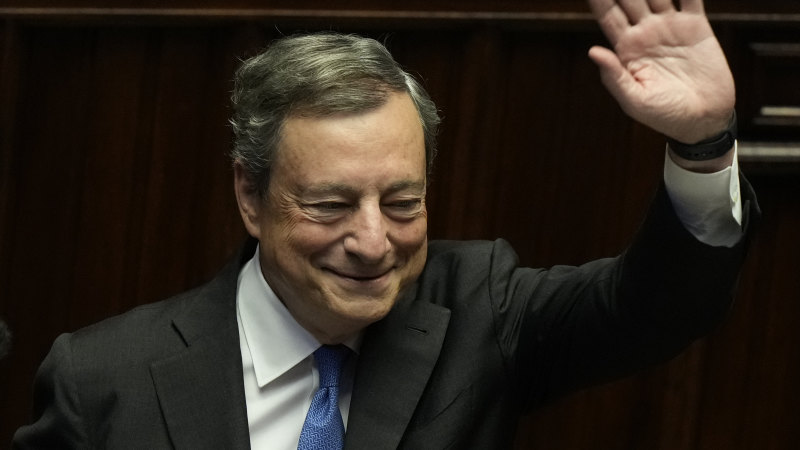 But the Five Stars, the biggest vote-getter in the 2018 national election, had been chafing for months that their priorities of a basic income and minimum salary, among other things, were being ignored. Last week, they boycotted a confidence vote tied to a bill aimed at helping Italians endure the crisis, prompting Draghi to offer to resign a first time.

Mattarella rejected the offer then and asked Draghi to return to parliament to brief MPs on the situation. He did that in appealing to party leaders to listen to the calls for unity from ordinary Italians who signed petitions asking him to stay on.

While the next steps were unclear, the outcome suggested Mattarella could dissolve parliament after a period of consultations, paving the way for an early election as soon as late September or early October. The legislature’s five-year term had been due to expire in 2023.

Opinion polls have indicated neck-to-neck percentages for the centre-left Democratic Party and the right-wing Brothers of Italy party, which had remained in the opposition to Draghi’s coalition.

Democrat leader Enrico Letta was enraged out the outcome, saying parliament had betrayed Italy and urging Italians to respond at the polls. “Let Italians show at the ballot that they are smarter than their representatives,” he tweeted.

The Brothers of Italy has long been allied with the centre-right Forza Italia of ex-Premier Silvio Berlusconi and the League of Matteo Salvini, suggesting that a centre-right alliance would likely prevail in any election and propel Brothers’ leader Giorgia Meloni to become Italy’s first female premier.

Meloni, who has been gunning for an early election since before the crisis erupted, was triumphant.