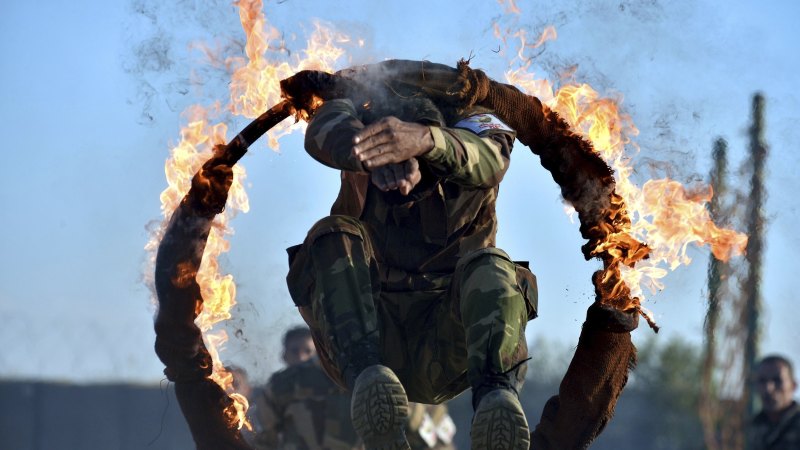 Little had been known about Quraishi, who took over the group’s leadership following the death of his predecessor, Abu Ibrahim al-Hashimi al-Quraishi, in a US raid in north-west Syria in February.

Abu al-Hussein al-Husseini al-Quraishi was named the new leader, the IS spokesman added. No details about him were given in the audio.

None of the Quraishis (or Quarayshis) are believed to be related. Al-Quraishi is not their real name but comes from Quraish, the name of the tribe to which Islam’s Prophet Muhammad belonged. IS claims its leaders hail from this tribe and “al-Quraishi” serves as part of a leader’s nom de guerre.

Hassan Hassan, author of a book on the group, said it was diminished. The latest death “doesn’t mean the group is finished, but for now it is a shadow of its former self, they are hollowed out in terms of their leadership and their ability to carry out attacks,” he said.

“They don’t have iconic, charismatic leaders any more, and they haven’t carried out any major attacks recently.”

IS emerged from the chaos of the civil war in neighbouring Iraq and took over vast swathes of Iraq and Syria in 2014. Former IS leader Abu Bakr al-Baghdadi declared an Islamic caliphate from a mosque in the northern Iraqi city of Mosul that year and proclaimed himself caliph of all Muslims.

The group’s brutal rule, during which it killed and executed thousands of people for its narrow interpretation of Islam, came to an end in Mosul where Iraqi and international forces defeated the group in 2017.

Since the peak of its power seven years ago, when it ruled millions of people in the Middle East and frightened the world with deadly bombings and shootings, it has slipped back into the shadows.

Its remaining thousands of militants have in recent years mostly hid out in remote hinterlands of fractured Iraq and Syria, though they are still capable of carrying out significant insurgent-style attacks.

'Buckingham Palace hasn't reached out', woman at the centre of race row claims

‘It was my heart’: Women with heart disease face barriers to care in Canada, report says – National