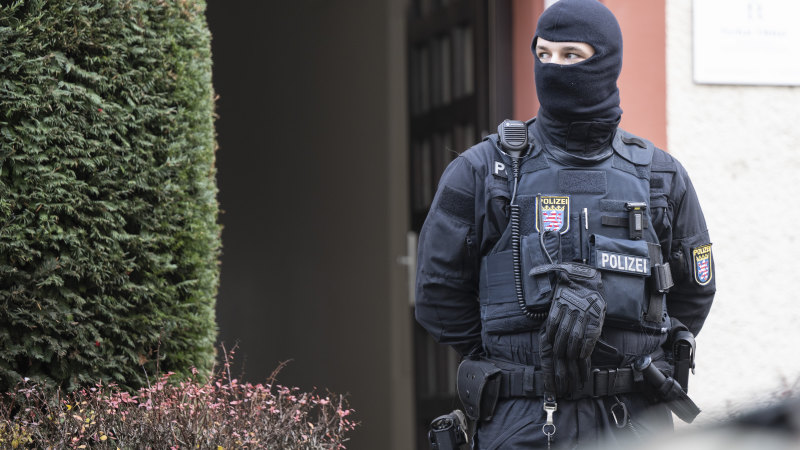 The suspects were aware that their aim could be achieved only by military means and with force, prosecutors said.

They are alleged to have believed in a “conglomerate of conspiracy theories consisting of narratives from the so-called Reich Citizens as well as QAnon ideology,” according to a statement by prosecutors.

They added that members of the group also believe Germany was ruled by a so-called ‘deep state;’ similar baseless claims about the United States were made by former President Donald Trump.

Prosecutors identified the suspected ringleaders as Heinrich XIII P. R. and Ruediger v. P., in line with German privacy rules. Der Spiegel reported that the former was a well-known 71-year-old member of a minor German noble family, while the latter was a 69-year-old former paratrooper.

Federal prosecutors said Heinrich XIII P. R., whom the group planned to install as Germany’s new leader, had contacted Russian officials with the aim of negotiating a new order in the country once the German government was overthrown. He was allegedly assisted in this by a Russian woman, Vitalia B.

“According to current investigations there is no indication, however, that the persons contacted responded positively to his request,” prosecutors said.

Another person detained by police on Wednesday was identified by prosecutors as Birgit M.-W. Der Spiegel reported that the woman was a judge and former lawmaker with the far-right Alternative for Germany party.

The party, known by its German acronym AfD, has increasingly come under scrutiny by German security services due to its ties with extremists.

Mom convicted of killing her infant twins in Missouri